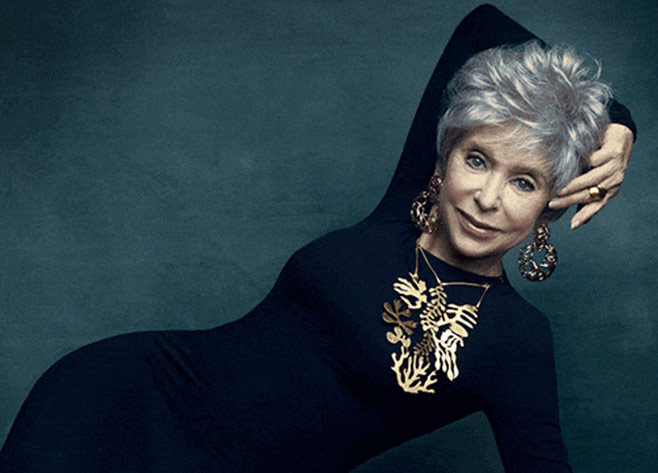 An Evening with Rita Moreno November 9th at The Broad Stage

LA Audiences are in for a rare treat when the legendary Rita Moreno takes the stage at The Broad Theatre on November 9.  The Emmy, Grammy, Oscar and Tony winning legend performs an evening of her favorite songs from the American Songbook, Broadway classics, swing and jazz numbers plus selections from her Spanish album, Una Vez Más.  The always charming Moreno – accompanied by a trio of musicians – shares a collection of personal stories and endearing anecdotes from her remarkable career and is still going strong after eight decades.

Moreno is best known for her iconic role as Anita in the 1961 film, West Side Story.  The breakthrough role earned her an Oscar for Best Supporting Actress – the first Hispanic performer to ever win an Academy Award.  She recently wrapped filming on a remake of West Side Story playing the newly created role of Valentina.  The movie, directed by Steven Spielberg, is scheduled for a December 2020 release.

Currently, Moreno stars as Abuelita Lydia Riera, the hilarious grandmother on Netflix’s popular reboot of Norman Lear’s One Day at a Time.