My favorite theater group, The Troubadour Theater Company (aka The Troubies) are back with Lizastrata, their first in person show since the Covid shutdown and it was absolutely worth the wait.  Known for their hilarious musical mashups, this fearless production combines the Greek classic, Aristophanes’s Lysistrata, with superstar Liza Minnelli’s greatest hits, all performed under the stars in The Getty Villa’s amphitheater.

As the Greek city states continue their endless war, one woman has had enough and comes up with a simple solution to get the men’s attention:  The women of Athens will go on a sex strike until a truce is declared.  The over the top commedia dell’arte freestyle of the Troubies reigns supreme here with the storming of the Acropolis and the salacious mayhem that ensues.

Lizastrata is destined to go down in Troubie history as one of their most outrageous and lauded performances.  Directed and adapted by Troubie founder Matt Walker, a graduate of clown school, the gloves are off but the rest of the clothes stay on until peace is declared.

Per the LA Times, “If you’ve forgotten how to laugh, Troubadour will remind you…”

So buy your tickets early as their shows always sell out and remember, “What good is sitting alone in your room, come hear the ocean spray… ‘cause life is a Troubie show old chum, just head down the PCH….”

Birds in the Moon

Covid continues to push the theatrical world to new creative heights – and the latest gift is Birds in the Moon, premiering from but not on The Broad Stage this month. Birds, a theatrical chamber opera, is presented outdoors and takes place on a traveling, magic box aka shipping container which magically transforms into a multi-level stage with LED screen, lights and sound system. Noted set designer Chad Owens created this ‘traveling circus’ concept. The presentation will take place at Santa Monica’s Lot 27 at the corner of Arizona and 5th Street, September 1-4.

Birds is a simple story of migration and the search for a better world. The opera is loosely based on the writings of Chares Morton, a 17th century scientist who postulated the theory that birds migrated to the moon for the winter and then returned to earth.  A Bird-Mother and her child land in a remote desert where they encounter an aging circus Ringmaster and his struggling musical troupe.  The fantasy takes the migration myth, motherly sacrifice, and the magic of birds in flight to a new dimension all with a very relevant, contemporary point of view as immigrants today look for a better life.

Birds in the Moon features Maria Elena Altany as the Bird Mother and Austin Spangler as the Ringmaster.  An informative showguide for all ages is available on The Broad Stage website. 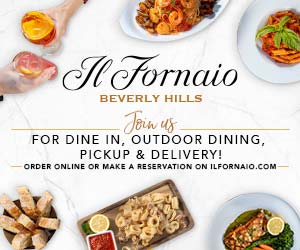 Our Man in Santiago

Intrigue and laughter, bodies and mayhem. Theatre West presents the world premiere of a new comic spy thriller by Mark Wilding. Our Man in Santiago, is the story of a spectacularly botched U.S. attempt to overthrow Chile ’s democratically elected leader.

On September 4, 1970, socialist politician and physician Salvador Allende was elected president of Chile . According to a 1974 article in Harper’s Magazine penned by Gabriela García Marquez, a contingency plan had been hatched by the Nixon administration and the Chilean military in preparation for just such an event — but the coup they intended had to be aborted when “someone made a mistake in the Pentagon and requested 200 visas for a purported Navy chorus, which in reality was to be made up of specialists in government overthrow; however there were several admirals among them who couldn’t sing a single note.

Inspired by this ridiculous failure, Wilding has penned a farce in which the CIA enlists an inexperienced, unsuspecting agent to follow up with a poorly conceived and wildly dangerous effort to hasten what was to be, in the end, a successful coup d’état in Chile three years later, in 1973. According to director Charlie Mount, “It’s about consequentialism. In politics, do the ends justify the means? Is it okay to break the law if it’s for the good of the country? Does assuming the moral imperative make it okay to do something wrong? Sound familiar?”

Matthew Broderick recently explained why he and his wife, Sarah Jessica Parker, decided to go back to Broadway in a revival of Plaza Suite, “We all need a little Neil Simon now.” I couldn’t agree more so I was delighted to learn that The Group Rep, a troupe of talented actors, will be presenting Neil Simon’s London Suite as their first indoor production since the Covid lockdown on the indoor Main Stage of the Lonny Chapman Theatre in NoHo this month.  This full out farce and laugh out loud comedy completes Simon’s award-winning trilogy of Plaza Suite and California Suite.

Like the other Suites, this play explores four very different stories in one-acts filled with humor and humanity that all take place in the same posh London hotel room overlooking Hyde Park.   In “Settling Accounts”, a successful writer confronts his accountant who may have stolen his entire fortune. A widowed mother spends an unforgettable evening with a charming but highly allergic unmarried rich man in “Going Home.” Then we meet a popular American TV star and her ex-husband who reunite after many years apart in “Diana and Sidney.  Last up and my favorite is “The Man on the Floor,” wherein an LA couple, lost Wimbledon tickets and a strange celebrity request hilariously collide.