Triple-threat entertainer Irene Cara passed away in Largo, Florida, on November 25. She was only 63 years old. The youngest of five children, she first dazzled audiences at the tender age of five, singing and dancing on Spanish language television. While still under the age of 10, she appeared on The Original Amateur Hour and The Tonight Show Starring Johnny Carson. From 1971–1972, she was a regular on PBS’s educational program The Electric Company as a member of the show’s band. Also in the 1970s, she appeared in several Broadway musicals (which most people I’ve spoken to did not know!). More television work brought her international acclaim for serious dramatic roles in two mini-series, Roots: The Next Generation and Guyana Tragedy: The Story of Jim Jones. Then, in 1980, she appeared as Coco Hernandez in the hit movie Fame, also singing the film’s title song. Both the character and the song became part of the national zeitgeist.

In 1983, she co-wrote and performed the title track for the acclaimed musical film Flashdance. It became her biggest hit, and she won an Academy Award for Best Original Song (also a somewhat little known or remembered fact). She won Grammy, Golden Globe, and Peoples’ Choice Awards, and received countless other industry honors for outstanding actress, singer, and composer. Gone way too soon, she will remain a beloved Icon for generations to come and an inspiration to young performers all over the world.

Nothing gets you into the holiday spirit like ice skating outdoors with a warm mug of hot chocolate close at hand. While L.A. doesn’t have frozen lakes to skate on like the east coast, the city has the best selection of open-air rinks outside of New York City. The most famous is at downtown L.A.’s Pershing Square, where skaters have been hitting the ice for over 20 years. The outdoor rink is also the city’s largest, boasting 7,200 square feet of ice, and is finally open after being on hiatus during the pandemic.

Skating season officially kicked off on Nov. 23 with a special ceremony that featured a live performance by one of the stars of Moulin Rouge the musical, and professional ice dancers showing us amateurs how it’s done! After the official ice-breaking, youth groups from south Los Angeles were invited to be the first to experience skating under the sun.

“Whether you are a Los Angeles resident or simply visiting for the holiday season, The Holiday Ice Rink Pershing Square is an absolute must when it comes to embracing winter in Los Angeles,” said Willy Bietak, president of Willy Bietak Productions. 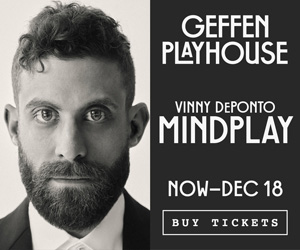 THE EMPIRE STRIPS BACK

Now for something completely different and totally entertaining – The Empire Strips Back – the Unauthorized Stars Wars™ Burlesque Parody.  Yes, someone has dared to transform a sacred movie and beloved characters into a hilarious production combining striptease, song and dance, troupe routines and lots of humor (and hilarity).    Seriously, Ariana Bindman of the SF Gate summed up this genre best, “Popularized in the U.S. in the 19th century, burlesque blurs the line between comedy and adult entertainment, incorporating camp and theater in playful strip routines.”

All of the classic Star Wars™ characters make appearances in totally inappropriate ways!  There’s a captive Princess Leia gyrating in a bikini to the Nine Inch Nails; sexy Stormtroopers stomping to the relentless ‘Seven Nation Army;’ R2D2 as a resident space pimp ejecting wads of cash in the air with a braggadacious Han Solo undulating to “Smooth Criminal;” plus a seductive Boba Fett (how is that even possible); a twisted Darth Vader exploring her feminine side; scantily clad Droids; a misunderstood Jabba the Hutt; tantalizing Twi’leks, and lots more totally outrageous acts.

Southern Californians know that a trip to Universal Studios is fun any time of year but visiting during the holiday season is always extra special. Fans of Harry Potter will be extra delighted to see Hogwarts Castle all lit up and will enjoy walking along the festive streets of Hogsmeade and shopping for holiday treasures. Take the chill off with a hot Butterbeer and make sure to catch a holiday performance by the Frog Choir.

Head over to Whoville for a most magical lighting of the Dr. Seuss Christmas Tree! Dance in the kaleidoscope of color and wintery snowfall. Meet and greet your favorite Whoville characters, including of course the mean green Mr. Grinch himself and strike a pose with his dog Max! Littles can listen to a live reading of How the Grinch Stole Christmas by Cindy Lou Who! Visitors of all ages can do a good deed by stopping by the Whoville post office and writing a postcard to Mr. Grinch. For every postcard sent Universal will make a donation to Schools on Wheels.

Be on the lookout for encounters with special holiday characters throughout the park. But the festivities don’t end there! Cruise around the corner to Universal CitiWalk to see their spectacular Christmas tree and décor. With its 19 shops and 28 restaurants there is surely something for everyone on your list — and probably something for your stocking too!