Season Two of And Just Like That premieres this month on HBO Max. Sarah Jessica Parker returns as Carrie Bradshaw along with Kristin Davis as Charlotte York Goldenblatt, and Cynthia Nixon as Miranda Hobbes. In season one, Carrie’s life began a new chapter after her husband, John “Mr. Big” Preston (Chris Noth) passed away, while Miranda and Charlotte faced several unexpected family challenges. A lot of new characters were introduced as well, and several of their storylines will continue. Fan favorite John Corbett is set to return as Aidan, and Tony Danza is scheduled to make a surprise visit. Executive producer Michael Patrick King and the writers have stuck to the format we love — the amazing fashion, the love of New York City — as these women face life in their 50s. Times have changed, and the characters have changed right along with it.

Both Sex and the City and And Just Like That boast a who’s who of Hollywood A-listers. On one or both shows, we have seen the likes of David Eigenberg, Mario Cantone, Jon Tenney, Evan Handler, Julie Halston, Sara Ramirez, Willie Garson, Brenda Vaccaro, Ron Livingston, James Naughton, Candice Bergen, and Jonathan Groff. The list goes on and on. So far, the directors of AJLT have included Michael Patrick King, Gillian Robespierre, Nisha Ganatra, Anu Valia, and … wait for it … Cynthia Nixon! With this kind of quality, who can argue?

Creators Taylor Sheridan and John Linson are breaking ratings records as they kick off their fifth season of Yellowstone. The series follows powerful patriarch John Dutton, played by the iconic Kevin Costner (Let Him Go), as he struggles to expand and protect his family’s cattle ranch, the largest in Montana. Facing off with greedy land developers, the bordering Broken Rock Indian reservation, and some terrifyingly ruthless businessmen, the Duttons often find themselves staring down the barrel of an unfriendly gun. As they maneuver through shady business deals and survive wild assassination attempts, they always manage to send their enemies “to the train station.” But as the bodies pile up, it becomes increasingly difficult for the Dutton clan to keep a financial hold of their ranch. Season Five opens with John Dutton making his boldest move to date by becoming governor of Montana, and his first order of business is to fire the old guard and install his family in the highest positions of power. With a stellar cast that also stars Kelly Reilly (Promises), Wes Bentley (Blade Runner: Black Lotus), Luke Grimes (Into the Ashes), Cole Hauser (Muti), Kelsey Asbille (Gaslight), Breckin Merrill (This is Us), Wendy Moniz (FBI: Most Wanted), Jen Landon (Animal Kingdom), and Gil Birmingham (Under the Banner of Heaven), Yellowstone delivers its bloodiest and most riveting season yet. 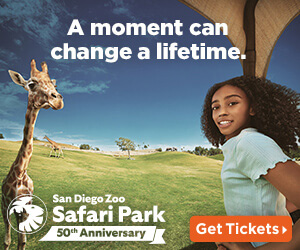 Your favorite guilty pleasure is back! Hit teen drama Gossip Girl returns to divulge more secrets of privileged teens on Manhattan’s Upper East Side with a second season debuting on HBO Max December 1.

The OG Gossip Girl series that aired for six seasons from 2007-2012 made young superstars out of Blake Lively, Leighton Meester, Penn Badgley, and Chase Crawford. Season two of the reboot reveals a big blast from the past for legacy fans. Georgina (Michelle Trachtenberg), the biggest, most fabulous villain from the original series, returns as Milo’s mother. (Georgina gave birth to Milo in the original series and Milo was introduced to viewers in the reboot’s first season.) And honey, she cray-cray.

We know there will be loads of drama in this new season with more schemes, secrets and scandals, as the trailer promises.  I mean, duh. The first-look pics don’t give away much more, except that the outfits are SAVAGE AF. As for the mysterious blogger who airs everyone’s dirty laundry? That’s anyone’s guess for this reboot—but Kristen Bell continues her role as narrator. xoxo.

British entrepreneur Richard Branson is a larger-than-life character who was changing the travel industry and blasting into space long before Elon Musk dominated the news cycle.

American viewers who are not familiar with the man behind the Virgin brand will be intrigued to learn his story in HBO’s new documentary, aptly name Branson. The interview between the billionaire and documentarian Chris Smith took place just two weeks before Branson was scheduled to make an historic flight as the first passenger to reach space in his own spacecraft in July 2021. Now 72, Branson also talked about growing up in a middle-class family in London, to his life as a daredevil – both literally and in the business world. Having dropped out of school at 15, Branson carved his own path in the music industry with the launch of Virgin Records, which made him a millionaire at 22.

Next came Virgin Atlantic, Virgin Trains, Virgin Galactic and, most recently, Virgin Voyages. Throughout all his corporate successes, Branson also took on death-defying challenges like crossing the Atlantic in a hot air balloon, or the English Channel on an amphibious vehicle.

“The series has captured the pinnacle moments of my life – without glossing over the challenges, sleepless nights, moments of intense fear, heartbreak, and days where everything just felt impossible,” Branson says.