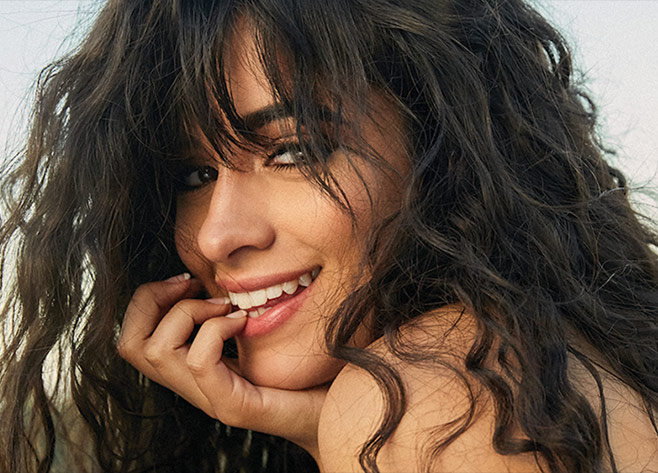 Many may have first discovered Camila Cabello when she started dating Shawn Mendes about four months ago and put out a couple of silly make-out videos with him. But true top pop aficionados and reality show fans alike know she’s been slaying it for some time in her own right. At 22 years old, the Cuban-American singer, songwriter and actress rose to fame on The X Factor (U.S.) in 2012 when she first appeared in the girl group Fifth Harmony. She went solo from the group with popular duets such as “Bad Things” with Machine Gun Kelly, and collaborations including “Hey Ma” with Pitbull.

Then in May 2017, Cabello released her debut solo “Crying in the Club” which peaked at 47 on the U.S. charts, paving the way to her debut album release, Camila (2018), which featured the lead single “Havana” with Young Thug. The album topped the charts in several countries including the U.S. Queue Shawn Mendes who joined her in duet for her song “Señorita” and for a moment, Camila Cabello simultaneously broke music (“Señorita” has continuously been playing on a loop since) and took over the internet.

So what’s next for this señorita super star? Post her recent performances of “Easy” and “Cry For Me” on Saturday Night Live, she’s performing several live concerts through the end of the year including five iHeartRadio Jingle Ball appearances.