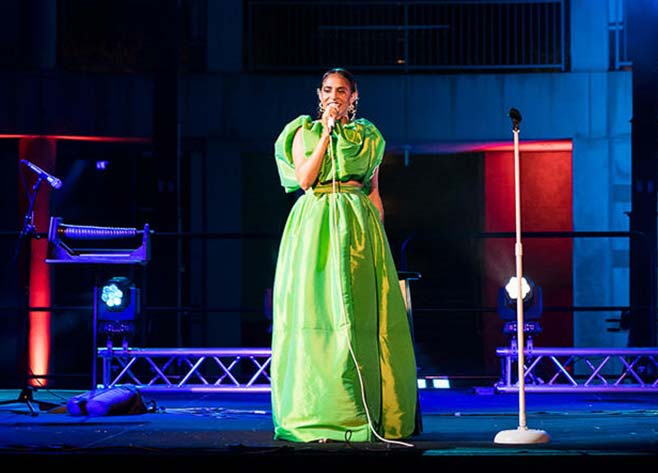 Can’t travel to the Caribbean right now?  Relax.  This month the Skirball is bring the best of Caribbean music and food to your home with a unique Skirball Stages performance.

The May 1 streaming concert features Cuban-born musician Yosmel Montejo and his band of spirited Latin jazz musicians. Montejo has appeared with top Latin performers and is known for his versatility showcasing a variety of genres:  Latin, jazz, funk, rock and Flamenco.  Red Suitcase, his first album, features his music and artistry as interpreted by a new generation of young Latin musicians.  Joining from his home in Montreal is Vox Sambou, a native Haitian who incorporates the powerful traditional rhythms of Haiti blended with stylings of afrobeat, jazz, reggae and hip hop.   Together they will take you on an unforgettable journey through the intoxicating beats of the Caribbean. The Skirball culinary team has created a special Caribbean themed prix-fixe dinner which you can order in advance and pick up prior to the show.  The four-course menu includes a number of specialty options like Jerk chicken with grilled pineapple salsa; Jamaican jackfruit curry with coconut rice, a Haitian spicy slaw, plantain bread pudding with spiced rum sauce for dessert and much more.  Specialty cocktails with island liquors and juices are also available. The Skirball Stages concerts are uniquely curated experiences taking you on a musical and culinary voyage you won’t want to miss. 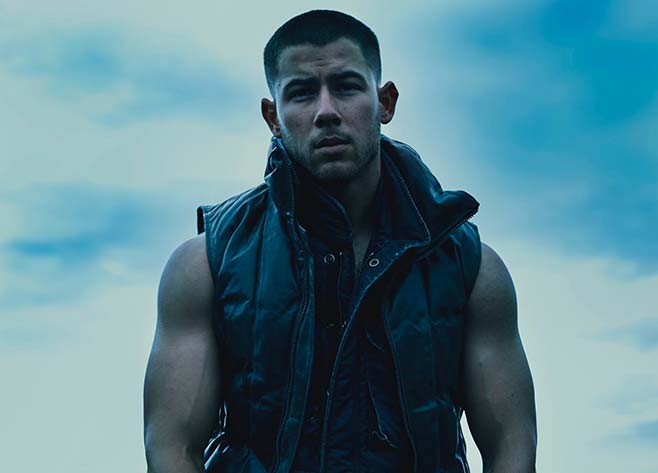 Nick Jonas has released his fourth solo album, Spaceman. The 29-year-old singer, songwriter, and actor already has an impressive list of accomplishments under his belt. At age seven he released his debut single, and then with his brothers Joe and Kevin formed The Jonas Brothers band and released a series of successful albums before becoming stars on the Disney Channel and in the films Camp Rock and its sequel Camp Rock 2: The Final Jam. The talented trio also starred in two of their own series. While on a break from recording with his brothers in 2009, Nick formed a new band called Nick Jonas & the Administration, and then shifted his focus back to acting with recurring roles on the television series Smash and Scream Queens.

In 2014, he released his second solo studio album Nick Jonas and later co-founded Safehouse Records. In 2016 he released his third studio album Last Year Was Complicated which peaked at number two on the Billboard 200 chart. In the meanwhile, his successful acting career also continued to thrive. On February 25, he performed his new single “Spaceman” on SNL (and hosted!) and released the album. He says the lyrics are about love and the Covid-19 pandemic, which he feels has left everyone feeling completely disconnected from the world. The album explores four themes — distance, indulgence, euphoria, and commitment. Here’s to love everlasting and a virus-free world! 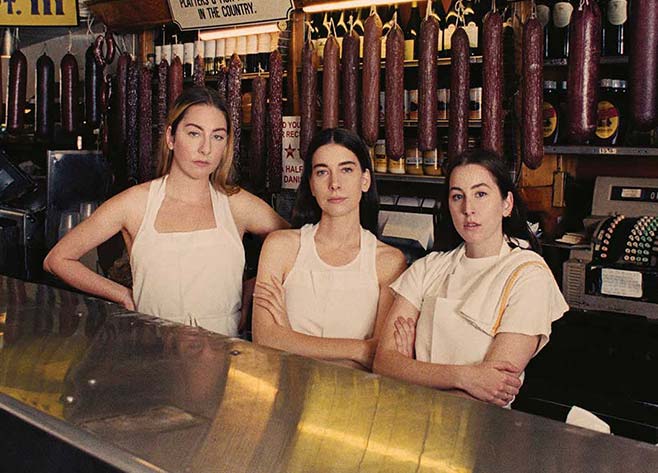 The HAIM sisters deliver the best of themselves on their third studio album Women In Music Part III. Boasting a hefty eighteen track lineup, the album is eclectic in nature, shifting between styles from pop-rock to folksy-funk, yet each song retains those signature breathy harmonies and bold lyrics that HAIM is known for. The greatest example of this is All That Ever Mattered, a track that’s part electric guitar, part fast lyrics, and part carefree syncopation sure to get stuck on repeat. Songs that feel like a satisfying summer ride with the top down include Gasoline (featuring Taylor Swift) and 3 AM (featuring Thundercat), mostly because of their playful use of electronica accents and lackadaisical beats.

The more folksy turns on the album come with Leaning On You, Hallelujah, and FUBT, ballads that have been beautifully stripped down to a single guitar riff to give their melancholy truths about lost loves and lost friends the spotlight. The band returns to its pop-rock roots on tracks like Up From A Dream and Another Try, upbeat daydreams about pining for your love that are certain to flood the radio waves. The entire album is unabashed in its experimentation, so it comes as no surprise that Women In Music Part III has earned HAIM a well-deserved Grammy nomination for Album of the Year. 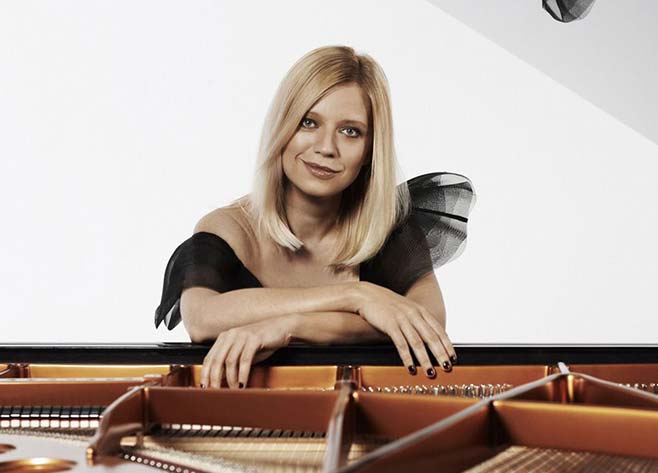 The streaming classical music stage is alive and well thanks to the Pasadena Pops Presents spring concerts. These free concerts are presented on the acoustically perfect Ambassador Auditorium, conducted by Music Director David Lockington, feature renowned guest artists, and include the bonus feature Insights with behind the scenes stories, musician interviews, and much more.

The May 1st concert features Russian powerhouse pianist and internet sensation Valentina Lisitsa performing Prokofiev’s passionate Piano Concert No. 3.  Also on the piano is Hsin-I Huang whose first album was nominated for Classical Album of the Year in 2019. Additional music on the concert program includes Wagner’s romantic Prelude to Tristan & Isolde; the French impressionist soundscape of Debussy’s Danses sacrée et profane and Ravel’s Introduction & Allegro. Lisitsa is the first classical artist to have converted her internet success into a global concert career.  She posted her first video in 2007 and today her YouTube channel has 340,000 subscribers with 147 million views.  The Washington Post wrote: “I was impressed, sometimes dazzled and sometimes even taken aback by the ferocity of her fortissimos…she is also a delicate sensitive fluid player who can ripple gently over the keys.”   Huang recently toured with the “Games of Thrones Live Concert Experience” serving as Assistant Conductor in addition to Solo Keyboardist.

The concert premieres at 4 pm and is available to stream at no cost for 48 hours. Click here.