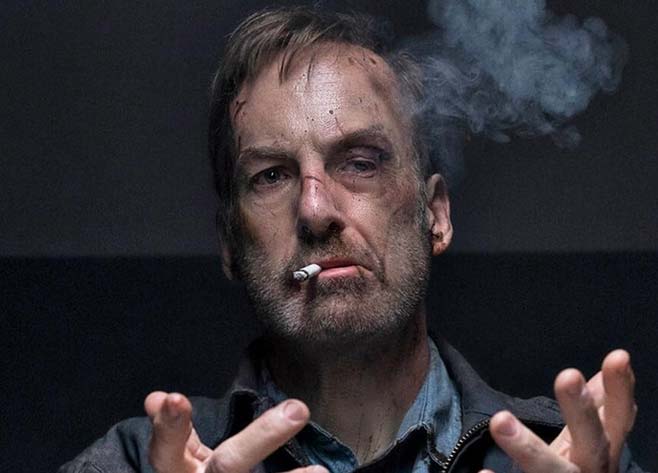 Director Ilya Naishuller (Karamora) transforms a script by action auteur Derek Kolstad (John Wick) into a shot of pure on screen adrenaline. Nobody follows a family man who fails to defend his wife and kids during a home invasion. Donning the shoulders of sad sap Hutch Mansell is the brilliant Bob Odenkirk (Better Call Saul), who has a knack for playing duplicitous characters. The family may disdain Hutch as a mere coward, but behind the pretense of this suburban dad is the grit of a retired hitman. He may not have protected his family, but he can’t help but intervene when a young woman is threatened on a bus by a horde of thugs. What makes this film so devilishly fun is watching Odenkirk go from bumbling fool to ultimate bad ass, throwing punches, flipping cars, wielding automatics, and unleashing holy hell on his reawakened past who are back hunting him down for revenge. The film’s set pieces are slick if not satisfying, instantly rebranding Bob Odenkirk as the next great action star we so desperately need. With equally stellar performances by fellow cast mates Aleksey Serebryakov (The Petrichor), Connie Nielsen (Wonder Woman), Christopher Lloyd (12 Monkeys), Michael Ironside (Tin Can), Colin Salmon (Krypton), RZA (Life in a Year), Billy MacLellan (Diggstown), Gage Munroe (Nurses), and newcomer Paisley Cadorath, Nobody promises the perfect escape. 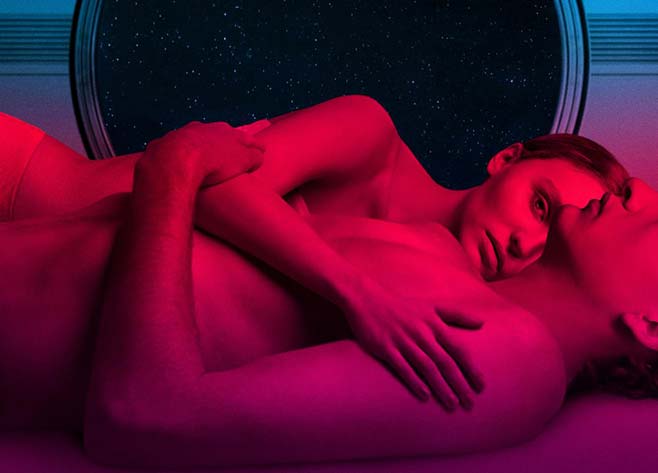 While many of us have probably wished we could escape Earth over the past year, the lead characters in Voyagers realize that it’s not as idyllic as it sounds. The new sci-fi thriller sees a group of 30 young men and women who have been specially bred for their looks (cue an exceptionally good-looking cast) and intelligence leave Earth to colonize a new planet. However, it quickly becomes apparent that the chosen few have not been kept informed by the powers-that-be as they discover sinister secrets about their mission. As the team embarks into deep space in their multi-generational quest, they begin to spiral into madness and revert to a primal state of survival … not knowing if the real threat they face is what’s outside the ship or who they’re becoming inside it.

Described as Lord of the Flies in outer space, Voyagers also reminds me of the Dennis Quaid-Ben Foster 2009 sci-fi horror Pandorum, named after the paranoia travelers supposedly suffer in deep space after waking from hyper sleep. Lionsgate’s latest futuristic nightmare stars Colin Farrell, Tye Sheridan, Lily-Rose Depp, Fionn Whitehead and Isaac Hempstead Wright. Written and directed by Neil Burger, Voyagers was scheduled for release last November but — like so many things in 2020 — it was delayed because of the coronavirus pandemic. 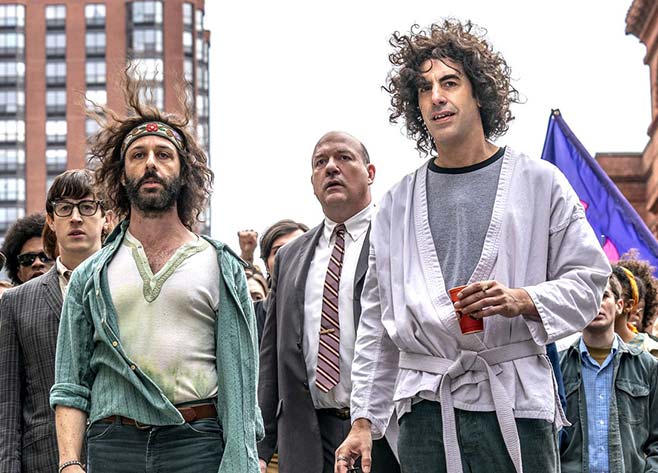 I was 28 years old in 1968 when the whole world was watching the events playing out in Chicago. The Chicago 7 were definitely rebels with a cause: to end the war in Vietnam where 1,000 American soldiers died every month. The conflict started at the Democratic National Convention between hundreds of protestors, the National Guard, and 12,000 Chicago police. Chaos ensued and the trial became a media circus that lasted for four turbulent months. The press called the seven men thugs, but they were actually educated men with long histories of activism.

Now, about the movie — this Aaron Sorkin film is engrossing. The events of the trial are historically accurate, and the film treats them with respect. The action takes place primarily in the courtroom where an obviously biased judge (played to perfection by Frank Langella) ran the contentious proceedings. The cast is brilliant with Sasha Baron Cohen as Abbie Hoffman, Eddie Redmayne as Tom Hayden (yes, he’s the one that was married to Jane Fonda), Jeremy Strong, Joseph Gordon-Levitt, Michael Keaton, and a long list of other favorites. The outcome of the trial is not revealed as part of the finale, but the verdicts are shown at the end. There were no winners and ultimately the war lasted almost 20 years. The Democratic nominees were defeated, and Nixon was elected. The Chicago 7 all moved on with their lives. 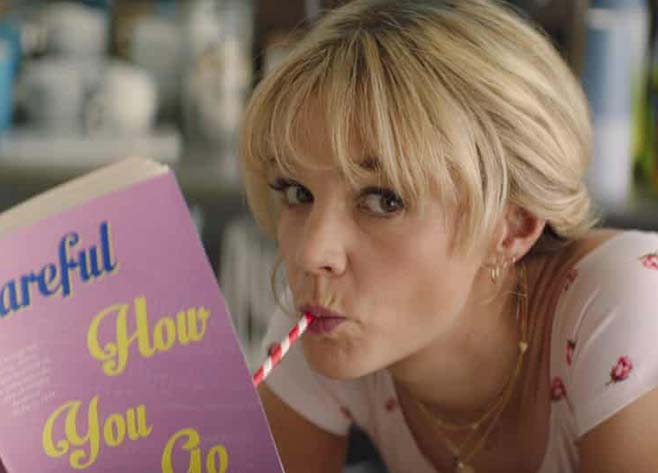 Watching Promising Young Woman makes you feel like you are going through a maze as the film takes you one way and then suddenly shifts in another direction.  Is it a comedy or a tragedy?  Is it a revenge thriller or a message movie? Director Emerald Fennell is brilliant at keeping you guessing. Carey Mulligan plays our heroine Cassie Thomas, a med school dropout, living in her parents’ home, and aimlessly working at a coffee café.  She appears helpless, but there’s more to her as we quickly find out. She’s a clandestine fighter for justice who nightly entraps men in a creepy cat and mouse scenario. But there’s more to her fun games as we soon see the bigger picture as she plots to avenge a past wrong attempting to seek final justice for the perpetrators. Carey’s Award-worthy performance is spot on as we see her final plans crystalize. She is surrounded by a cast of top character actors led by Jennifer Coolidge as her long suffering mom, understanding boyfriend Bo Burnham, Laverne Cox her fast talking co-worker, Alison Brie the ex-college foe, and Alfred Molina as a lawyer with a conscience. And a shout out to the set designer – her parent’s living room with the pink carpet speaks volumes.

Promising Young Woman is worthy of all the buzz and should leave you satisfied… and possibly a bit shocked and disturbed.