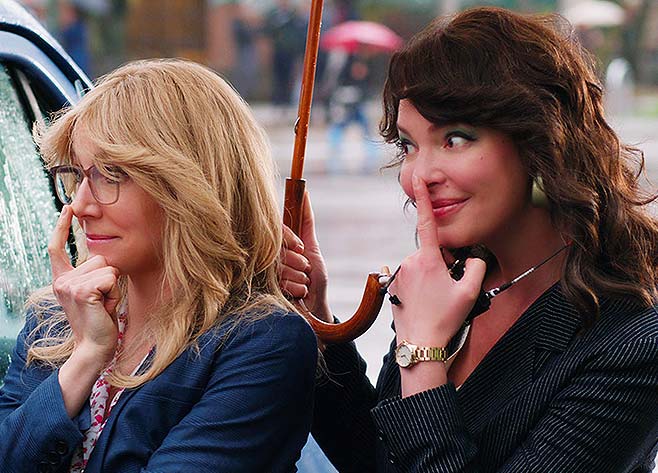 A buzz-worthy new Netflix series, “Firefly Lane,” follows the dramatic ups and downs of a 30-year friendship between polar opposite BFFs navigating life together. Since it dropped Feb. 3, it has been jerking tears across America. Tully Hart, starring Katherine Heigl (who also exec produces), is a famous network talk show host with a sad childhood. Driven and glamorous, nothing gets in Tully’s way, not even when her past threatens to bring her down. #savage Kate Mularkey, starring Sarah Chalke, is a former news producer turned housewife. In comparison to Tully’s fiery, colorful persona, it’s like Kate has been blanched in bleach. But she’s also kind, smart and accommodating… to a fault. #milquetoast­­ The two girls meet at 14 and form an unlikely bond that carries them through adulthood. The 10-episode series dips in and out of decades, from the ‘70s to early ‘00s that gradually pieces together the memories and formidable moments of their lives. And when Johnny Ryan (played by Ben Lawson) enters their lives, a new dynamic takes over and creates unexpected ripples in their friendship. Based on the 500-page novel by Kristin Hannah, “Firefly Lane” has been gripping fans across the country. Character development and great acting help elevate the series beyond soap opera fodder. Given seasons one’s cliffhangers, it seems likely we’ll see more secrets revealed as their relationship, in all its complexity, marches onward. 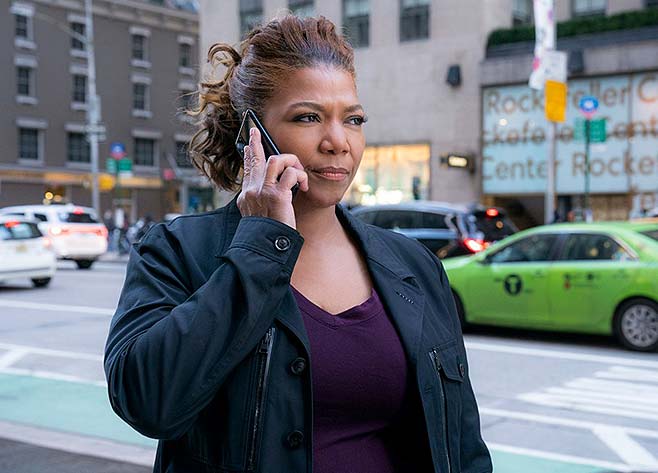 Creators Richard Lindheim and Michael Sloan have rebooted their old series The Equalizer, casting the only superstar suave enough to fill those large shoes. The indomitable Queen Latifah (Hollywood) plays Robyn McCall, a divorced mother and a former CIA operative growing more and more disillusioned by the rigged system and a corrupt world order. So, McCall inadvertently assumes the role of vigilante, skirting the law at every turn so she can serve up justice for those very souls targeted by the rigged system. And with every bad ass comes some equally bad ass friends, so McCall calls on her sharp shooter Mel, her computer hacker Harry, and her billionaire buddy William to aid and abet her in righting the wrongs of New York City. The fun of the show comes from watching Queen Latifah disarm bad guys left and right in hand to hand combat without even breaking a sweat. Her natural swagger is tamed by the tenderness she adds to McCall, dodging all the cop cliches to deliver a truly heartfelt performance. Keeping pace with the Queen’s charisma are fellow cast mates Tory Kittles (Harriet), Adam Goldberg (God Friended Me), Liza Lapira (Nancy Drew), Layla DeLeon Hayes (Just Add Magic), Lorraine Toussaint (Your Honor), Erica Camarano (Law & Order: SVU), and the dashing Chris Noth (Doctor Who), turning The Equalizer into a standout success.

“The Equalizer” is now playing on CBS. 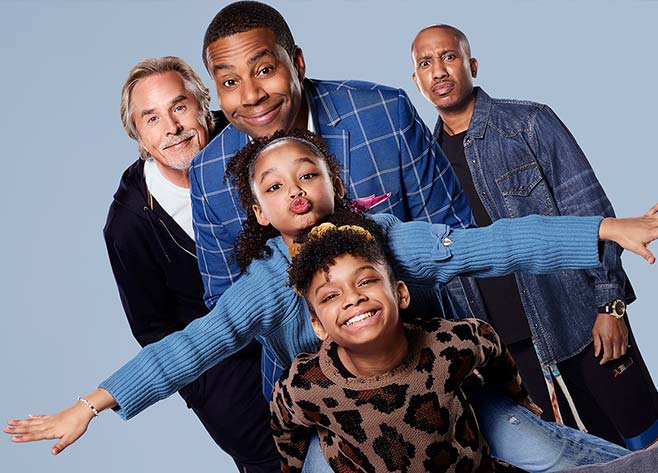 Kenan Thompson holds the distinction of being the longest-tenured cast member ever on Saturday Night Live — 18 years! He became the most senior cast member in the second half of the 2013–14 season and is also the longest-serving African-American cast member, surpassing Tim Meadows, who stayed for 10 seasons. Thompson also holds the record for performing the most celebrity impressions on the show (139)! In 2014, SNL head writer Brian H. Tucker noted that simply putting “Kenan Reacts” would get a script more laughs. “Put him in your sketch somewhere, anywhere, and it will be better,” said Tucker, “because Kenan knows how to take ordinary lines and make them funny and take funny lines and make them special.” Thompson now has his own show on NBC, appropriately entitled Kenan. The single-camera comedy follows a widowed dad (Kenan) who’s juggling a high-profile job as the host of an Atlanta morning show and raising his two girls. As he tries to reclaim his life after his wife’s death, his father-in-law (Don Johnson), brother (Chris Redd), and co-workers all have strong opinions on the best way for him to live his life. Kenan premiered to strong ratings, becoming the No. 2 new series debut for the 2020–21 season with four million viewers. Its lead-in, Young Rock, is No. 1. Said Thompson, “How can you lose, piggybacking with The Rock? That guy can carry anybody.” 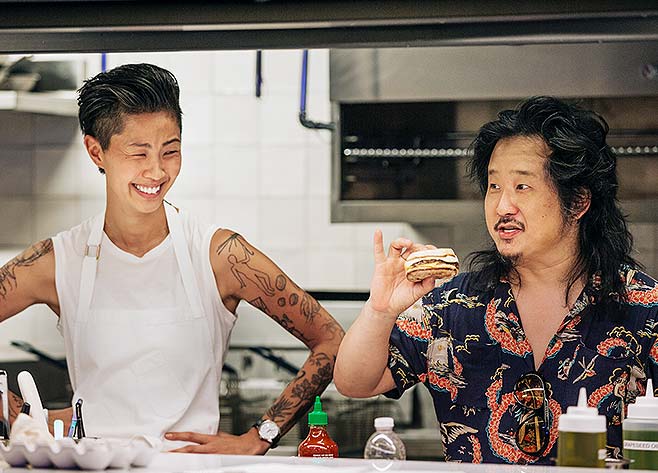 Fast food is definitely convenient, affordable, and can be really delicious … depending on the situation of course. New to truTV is Fast Foodies featuring Top Chef winner Kristen Kish and culinary Master Chefs Jeremy Ford and Justin Sutherland. Everyone shows off their culinary skills on fast food. Yes, you read that right — fast food! Round One is a copycat round in which they make replicas exactly like the fast foods chosen. Round Two is a remix round where they recreate meals in fancier versions or put their own spins on it. Revolving celebrity guests that are fast food junkies or fans judge each episode. It’s entertaining to watch the tweezer–holding high end chefs make and recreate this type of cuisine.

Comedian Bobby Lee chooses his favorite — a McDonald’s Sausage McMuffin with Egg. I must admit this is my go-to as well. Yum! Rapper GaTa loves Domino’s Hawaiian Pineapple Pizza with Ham. Along with everyone who lives in Los Angeles, James Van Der Beek’s (Dawson’s Creek) guilty pleasure is In-N-Out Burger. Although … Shake Shack is pretty darn good and growing more popular every day. What I really like about Fast Foodies is that no one is taking themselves too seriously and that they all get to sit down and taste each other’s dishes. All of this feels very warm and fuzzy to me.