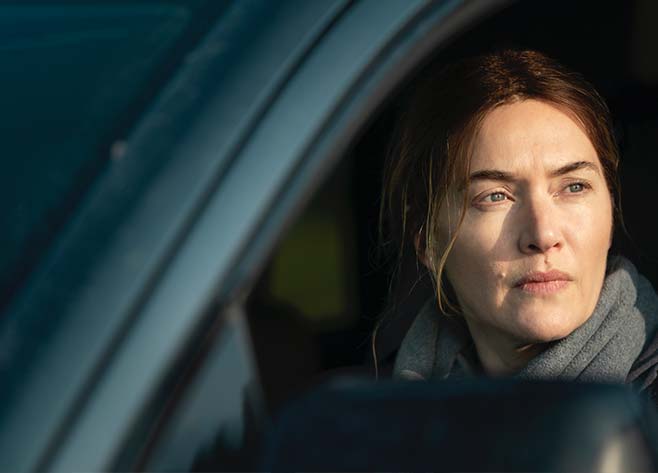 When you get three gentle spoiler alert cautions for Kate Winslet’s new HBO project Mare of Easttown that premieres on April 18, you know it’s a must-watch series. Winslet is ferocious as omber-haired Easttown, PA, Detective Mare Sheehan. With a deeply unsettling slaying to solve, obvious personal failings, rampant unrest in her own extended family and no make-up, Mare is somehow so achingly relatable. Caught between mother (Jean Smart) and daughter (Angourie Rice), lead Kate Winslet is so adept at sounding like she’s a cop from Pennsylvania that you almost forget her Oscar glory. Ironically Winslet’s Titanic heiress was also from Pennsylvania, but from upper-crust Philadelphia. Water sounds like “wudder,” as fringe-element sleuth Mare tears open American working class Easttown to dig for the truth. Joined by other talented cast members Evan Peters, Guy Pearce, and Julianne Nicholson, to name a few, Mare will plumb the depths of despair and self-discovery through a string of crimes and personal tragedies that threaten to engulf her family tree, burn down her self-image. That’s just the facts, ma’am, because the reality baked into this drama is trigger-worthy. Created and written by Brad Ingelsby, with all seven episodes directed By Craig Zobel. Don’t miss this crackling firecracker series Mare of Easttown, starring Kate Winslet, April 18th on HBO and will be available to stream on HBO Max. 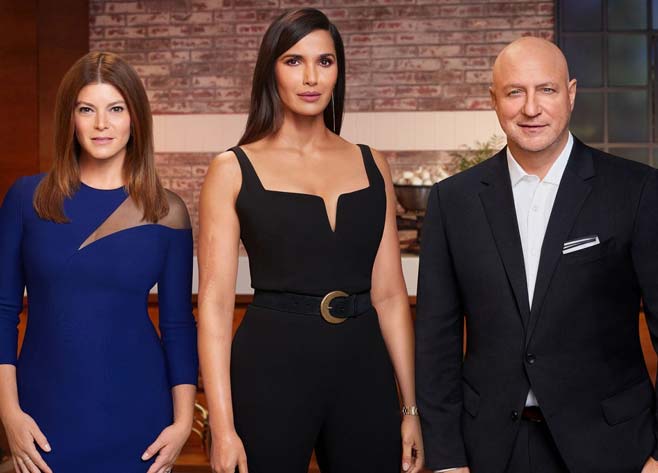 Due to the pandemic, the restaurant industry has been shaken to its core this year. We’ve all heard the truly heartbreaking stories about chefs and owners having to furlough or let staff go due to restaurants being shut down. So what better time (since you have the time), to compete on a cooking show, and why not the most prestigious one —Top Chef?

Top Chef Portland (Season 18!) brought the best of the best — chefs that would otherwise be too busy running their restaurant empires — to compete. The competition also provides a great opportunity to win a handsome sum of money. The winner receives $250,000! (And wins the title of Top Chef, none too shabby!) The competition seems fierce as most of the chefs are award-winners; there’s even a past Olympian. The chefs are vying to get back into the kitchen and do what they love, which is great. The show’s formula stays the same … first a quick-fire challenge followed by an elimination challenge. After some harsh criticism from judges Chef Tom Colicchio and Gail Simmons along with host Chef Padma Lakshmi, one of the competing chefs is asked to pack his or her knives and go. I love it! One new twist: past show winners share meals with the judges (one is featured as a guest judge each week). Considering production limitations, I think this was a clever fix. Bravo! 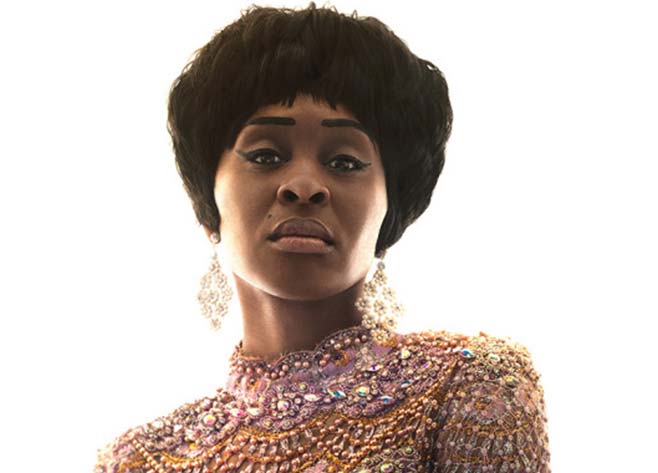 She loved him and she hated him. She couldn’t live with him but couldn’t live without him. No, not a husband or a lover, but C.L. Franklin, her father. He was a Detroit minister who recognized Aretha’s talent early on and encouraged her to sing. And sing she did. Genius: Aretha is a six-part National Geographic series that traces Aretha Louise Franklin’s turbulent life from 12-year-old church singer to national icon. The screenplay was written by Pulitzer Prize-winner Suzan-Lori Parks who leans heavily on black-and-white flashbacks to tell the story of a troubled life with great understanding. Aretha’s story is engrossing and sometimes difficult to watch but you won’t want to stop. Her father drank, her mother died early, and she had two children while still a teen. The film never reveals the father.

Tony Award-winner Cynthia Erivo plays an elegantly subdued version of Aretha and does all of her own singing. Courtney C. Vance successfully transforms himself into the scheming father who happily basks in his daughter’s fame. During the civil rights movement Aretha meets Martin Luther King. He so impresses her that she pledges to be an activist through her music. Her 1972 LP, Amazing Grace, was and still is the most highly regarded gospel album of all time. The film handles Aretha’s aging from a young girl to middle age skillfully and with respect. 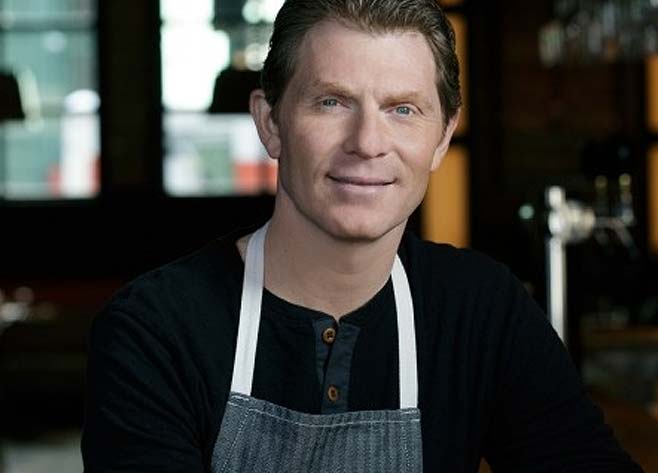 F-L-A-V-O-R! is the chant on the set of Beat Bobby Flay. The show stars hot Iron Chef Bobby Flay competing with various chefs that are dying to beat him, but as he says in each episode “first they must go through each other with an ingredient of my choice.” Adding to the fun, each episode also features two celebrities who are out to get Bobby also. These two guests decide who goes up against Bobby. To keep things fair there is a blind tasting with three industry professionals. No sure things here! Oh, and the trash talk that goes on! Poor Bobby … but he handles it so elegantly. He can be quite charming, but make no mistake, he’s a fierce competitor and usually wins with ease. Remember, the others are trying to trip him up in any way, by choosing a style of cuisine he’s unfamiliar with or a dish he has never made or heard of before! It is so fun to see Bobby try to figure out what goes in it, never mind preparing it within 45 minutes to win the judges’ votes. He always has a secret weapon, ingredient, or plain ol’ trick to ensure he’ll squeeze by for the win. A true competitor in “his house,” as he likes to call the kitchen, doing what he does best. You try to beat Bobby Flay. Um, good luck with that!