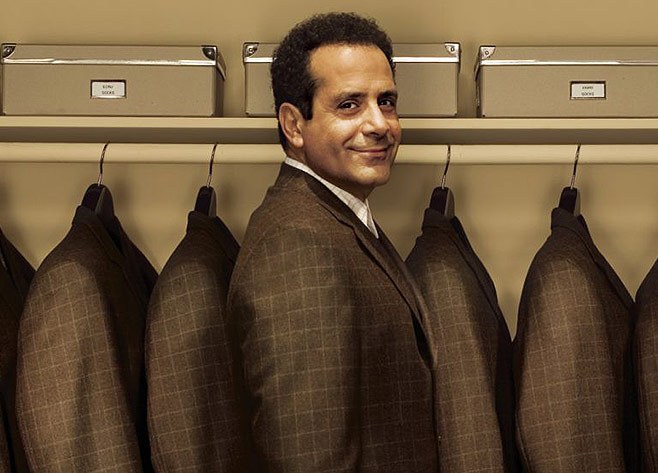 Adrian Monk (Tony Shalhoub) is annoying! Formerly a detective for the San Francisco Police Department, his wife Trudy was killed by a car bomb. He believes Trudy’s death was part of a conspiracy she had uncovered during her time as a journalist. Trudy’s death led Monk to suffer a nervous breakdown and he was then discharged from the police force. He suffers from OCD and his numerous compulsive habits and a number of phobias compound his situation. Monk is afraid of 312 things, including milk, ladybugs, harmonicas, heights, asymmetry, enclosed spaces, foods touching on his plate, messes, and risk. These same personal struggles, particularly the OCD, are what aid him in solving cases: his sharp memory, specific mindset, and attention to detail. And did I mention that he’s annoying?

Monk aired from 2002–2009 and won eight Emmy Awards along the way. Shalhoub plays Monk to perfection. The show’s theme song (Randy Newman’s “It’s A Jungle Out There”) sets the mood. Naturally there is a crime of the week and Monk is relentless when he thinks he knows who is responsible. Of course, he’s never wrong and if asked he’ll tell you he is never wrong! Until the final episode, Trudy’s death was Monk’s only unsolved case! He wants desperately to be reinstated to the police force as a full detective. We know this will never happen but it sure is fun to watch him keep trying!

“Monk” airs in reruns on the Hallmark channel.