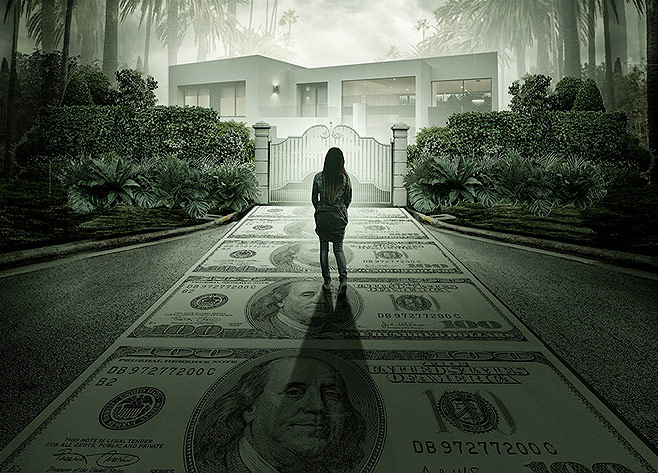 A new Netflix docuseries Filthy Rich examines the disturbing, predatory life of Jeffrey Epstein. Co-produced by Joe Berlinger and best-selling novelist James Patterson, four one-hour episodes detail the rise and fall of one of the country’s richest and most hated men. Epstein, a Coney Island native who made his billions off of Ponzy schemes, built an astounding empire of private jets, Manhattan townhomes and even a mansion on his own private island. But instead of using his power for good, Epstein became a serial rapist. With the help of his girlfriend Ghislaine Maxwell, and numerous other procurers, Epstein devised a “molestation pyramid scheme” that lured teenaged girls –mostly from poor socioeconomic backgrounds – with cash and false promises. The documentary gives voice to the many women who were brave enough to speak out against him. We hear the humiliation, shame and helplessness they felt while in servitude of a sex offender.

Even as he was under investigation, Epstein continued to rub shoulders with the elite – Trump, Clinton, Prince Andrew – and they happily indulged in the perks of his massive wealth, and some reportedly even in his grisly operation. Finally, he was sent to federal prison where he committed suicide while awaiting trial. Meanwhile, Epstein’s victims continue to feel the crushing weight of his darkness as they try and rebuild their lives.