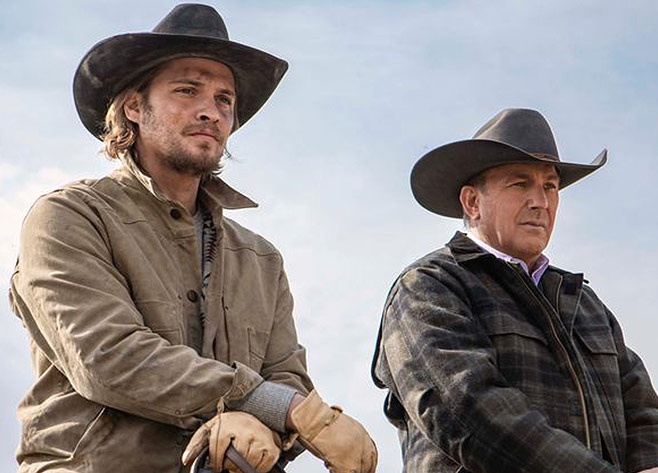 Yellowstone has returned (with season three) on Paramount Network and I’m obsessed. After binge-watching season two last week I’m anxious to see more! I’m thinking about the ranch and the very handsome (Oscar and Emmy Award- winner) Kevin Costner – who still has it! What a hottie! And, if there wasn’t enough eye candy in every episode with all the rough and tough cowboys flexing their muscles, Josh Holloway (Lost) has recently joined the cast.

Yellowstone is the name of the largest ranch in the U.S. and is owned and run by the head of the family John Dutton (Costner) and his wild and complicated clan. I think it compares to Dallas from the ‘80s as it has soap opera feel. Jammed packed with tragedy, love, forbidden lust, murder, blackmail, and kidnapping … how can it not?!

The series showcased an amazing line-up of guest players during the first two seasons including the incredible Danny Huston (The Aviator, Wonder Woman, Magic City). It also features an epic ensemble cast with Wes Bentley, (American Beauty), Kelly Reilly (Sherlock Holmes), Luke Grimes (True Blood, Brothers & Sisters), Cole Hauser (2 Fast 2 Furious), and Gil Birmingham (Twilight). I don’t want to spoil anything, but some cast members don’t return in the new season. Hopefully that will entice you to tune in. Do it! This is one not to miss!

Season 3 of “Yellowstone” is airing on Paramount Network.