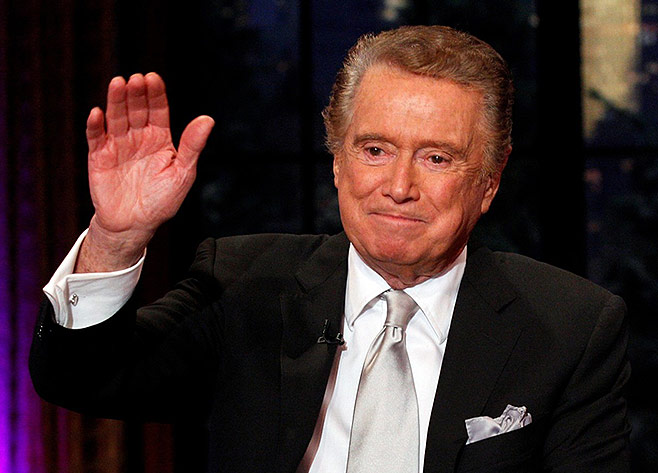 I cannot tell you how hard it is for me to write about Regis Philbin without getting emotional and how much I enjoyed him on morning television for over 20 years. I‘ve already been missing him terribly since he left  Live! with Regis and Kelly in 2011. Regis had a big part in choosing his show partners and he certainly chose wisely with Kathie Lee Gifford and of course Kelly Ripa, who continues to host Live! with Ryan Seacrest. When Kathie Lee (who became a life-long friend) was asked what she would miss most about Regis, she said, “Everything.” Upon hearing the news of his passing, several friends reached out to me with condolences. They all know I was a true fan.

Regis was a master storyteller and excelled in being ‘real’ on live television. I would so look forward to each morning’s episode of Live!, especially when I knew he had big plans the night before. He would share the events of his life so well and in such animated fashion — always with amazing humor — it would feel like you had been there with him. He was seriously funny! I would hang on every word. I know for sure I was not alone drinking my morning coffee with him. He was a man of TV, maybe the last of his kind. I love you Reege. Rest in peace.