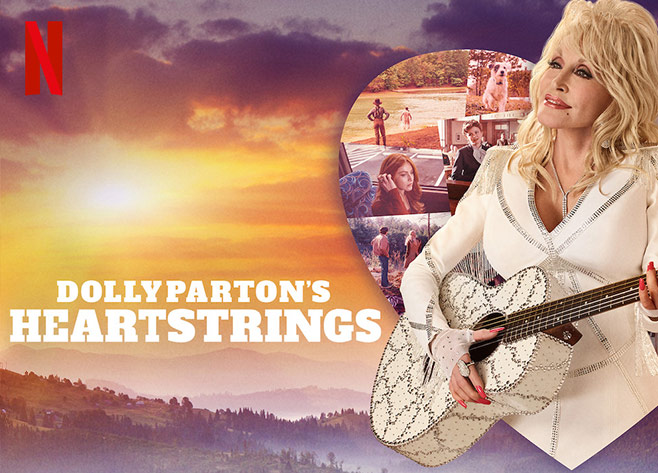 My devotion to Dolly began in college with her 1977 first platinum album “Here You Come Again” followed by her first film role in 1980’s 9 to 5. Twenty-eight years later, I sat knee-to-knee with the petite icon backstage at LA’s House of Blues for the press day launch of 9 to 5: The Musical in fall 2008. Her legendary kindness and warmth melted this fan’s heart. Now her new Netflix anthology series Dolly Parton’s Heartstrings can do the same for yours! Each of the eight episodes is a standalone story inspired by one of her famous country songs: “Jolene,” “Two Doors Down,” “If I Had Wings,” “Cracker Jack,” “Down From Dover,” “Sugar Hill,” “J.J. Sneed,” and “These Old Bones.” Dolly hosts the series from a theater in Dollywood, providing viewers with the background for each installment plus some of her trademark life wisdom.