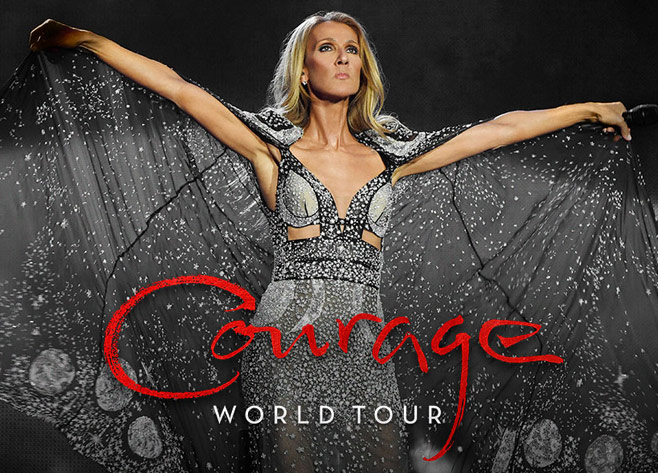 Though her Las Vegas residency may have come to an end in June, the majesty of her legacy lives on. Expect new music. Expect a new world tour. And expect classic Céline Dion.

The album is called Courage, and its title track delivers the signature sound of Céline — a quintessential power ballad with sweeping melodies, breathtaking emotion, and such commanding vocal gymnastics that it has Grammy written all over it. To kick off this massive endeavor and its new creative direction, Céline has also released the tracks and music videos for Imperfections and Lying Down, each song an impassioned anthem championing the album’s message of finding your inner strength and accepting love. And since the passing of her husband, Céline has done just that, coming out on top of the Billboard charts.

With sixteen stellar songs, four bonus B-sides, and a master listing of the industry’s most celebrated hitmakers behind the magic, Courage bounces effortlessly from soft ballad to pop hit to dance number, including notable standouts like Heart of Glass and Flying On My Own. Released in November 2019, this eclectic twenty-seventh studio album cements Céline’s transformative appeal as an artist and illustrates her timeless talent as the ultimate diva. The Courage World Tour is slated to hit nearly one hundred cities and will continue its run through September 2020.