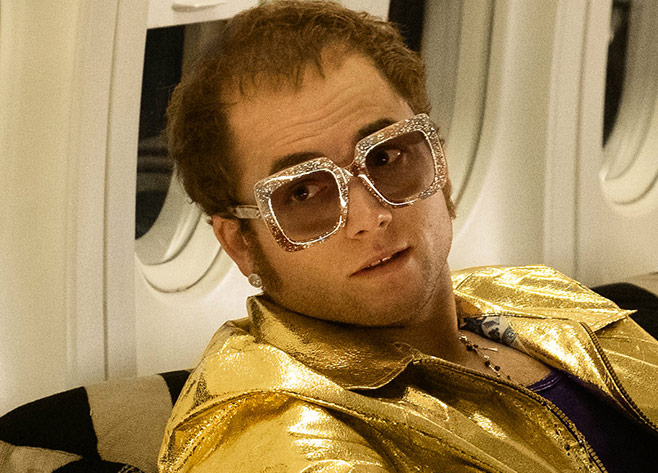 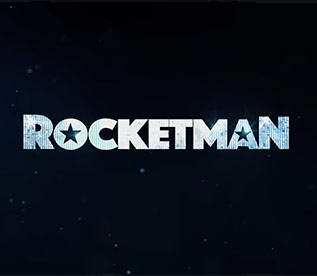 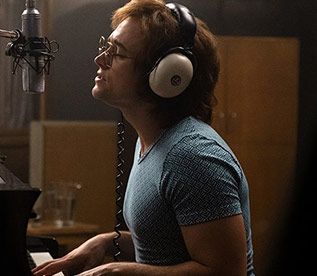 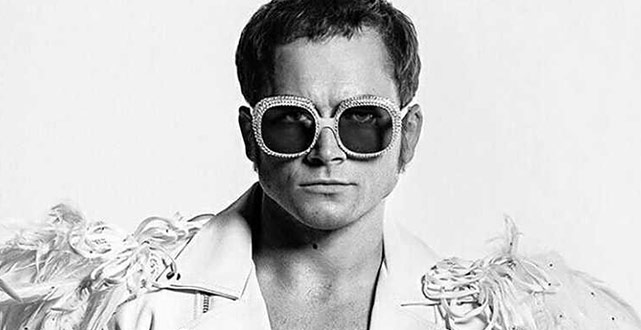 We think we’ve seen it all when it comes to music biopics. They’re all very straightforward and at times even dull. What the stories lack is the artist’s inspiration, their call to music, their passion, and where they see all of those things carrying them — sometimes literally — into their future. Elton John has long been a figure of pop music lore. His name evokes a pretty mythic aura around him. Does he even exist? Was the prodigious nature of his charisma and music an actual thing? Yes … to his millions of fans, Elton John is a fantasy come true.

Rocketman explores the mythos, if you will, of one of music’s biggest superstars.

John was born in Middlesex, England as Reginald Kenneth Dwight to a typical English working-class family. At a very young age, he already wanted to pursue a career in music. His father, however, wanted him to consider a more reputable career, such as banking. But John won a music scholarship to study at the Royal Academy of Music and it was there that his prowess really came to light, but also where his direction and at times rebelliousness emerged.

John apparently hated the Academy, and wasn’t a very diligent classical music player. Fate eventually led him to answer an ad posted by an A&R manager looking for someone to write lyrics for music composed by Bernie Taupin. John and Taupin have been working together since 1967 and are one of the strongest songwriting duos in the history of pop music.

Parties, wild shows, and some illicit love affairs, are the ingredients of a classic music biopic. But Rocketman aims to reinvent the genre. What we as artists perceive as reality isn’t necessarily so. Our waves of happiness, success, failures, and wild nights aren’t straightforward events that we can recap beat by beat. They transcend reality; we remember them as dreams that seem to have happened in real life. And John’s music has that sound. From Bennie and the Jetsto The Lion King, it seems to elicit a dreamscape, something magical, a fantasy come to life.

From the first trailer we saw of the film, where the words “Based on a True Fantasy” filled the screen, I knew we were in good hands. Elton John and his music is as self-contained to himself as a person as any, and it felt righteous that the filmmakers strip away the events that inspired those scenes of their reality, because let’s be real, John was not in his right state of mind making those hits.

When development for Rocketman began, John wanted Justin Timberlake to play him. Lee Hall had already been tapped to write the screenplay; a playwright, Hall had enjoyed success with Billy Elliot, a similarly structured narrative about a working-class kid struggling to make his fantasy a reality. Michael Gracey, who made his directing debut with The Greatest Showman, was brought on to direct with Tom Hardy (The Dark Knight Rises, Taboo) starring as John. Scheduling conflicts forced Hardy to drop out and Taron Egerton was attached to star.

Then, director Dexter Fletcher (Bohemian Rhapsody) took over from Hardy. Egerton (Kingsman: Secret Service) has a youthful look about him that perfectly captures John in his early days. The resemblance is actually pretty uncanny.

Also starring in the film are Richard Madden (a Game of Thrones favorite) as John Reid, John’s former manager and partner. Bryce Dallas Howard (Jurassic World) stars as John’s mother. Rocketman, tracing the origins of one of music’s biggest titans, promises to tell the whole story.

“Rocketman” hits theaters on May 31st.