One hundred and thirty-one years after his death by a self-inflicted gunshot wound, the troubled genius of Vincent van Gogh comes back to life once again in a new immersive exhibit celebrating the Dutch artist. The touring show that has already charmed sellout crowds in Paris, Toronto and Chicago launches at a secret location in Los Angeles on May 27. Ticket holders will receive an email with the date and venue once it has been made public. (The French exhibit was actually featured in episode five of Netflix comedy-drama Emily in Paris.) “The exhibit sits in the apex of filmmaking, musical performance, visual art, and even dance because it has so much movement,” Irina Shabshish, co-producer of the Chicago exhibit said. “Van Gogh is absolutely amazing. He had a very troubled life, a very short one. His art was not very popular at all but when you look at his paintings you see so much color and so much beauty.” Vincent is brought to life in 300,000 cubic feet of immersive projectives expressing his vision and work. Guests walk through entrancing, moving images that highlight brushstrokes, detail, and color that truly illuminate the mind of the great impressionist painter. Famous pieces featured in the exhibit include Mangeurs de pommes de terre (The Potato Eaters, 1885), the Nuit étoilée (Starry Night, 1889), Les Tournesols (Sunflowers, 1888), and La Chambre à coucher (The Bedroom, 1889). The immersive exhibit was designed and conceived by Massimiliano Siccardi, with a soundtrack by Luca Longobardi, both of whom pioneered immersive digital art experiences in France. Along with appreciating the aesthetic of one of the most influential artists in the western world, the experience also offers insight into van Gogh’s spiral into madness — which has since been diagnosed as bipolar disorder combined with temporal lobe epilepsy and bouts of depression. All of this was enhanced by malnutrition, overwork, insomnia and alcohol, culminating in his suicide on July 29, 1890. The walk-in Van Gogh exhibit abides with all COVID-19 guidelines so there are reduced numbers while standing in line, temperature checks for guests, sanitation stations, plexiglass barriers at pay stations, and face coverings are required at all times. In addition to timed entries, the venue will have social distancing markers, which are digitally projected circles on the gallery floor to guide guest spacing. 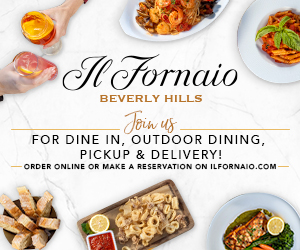