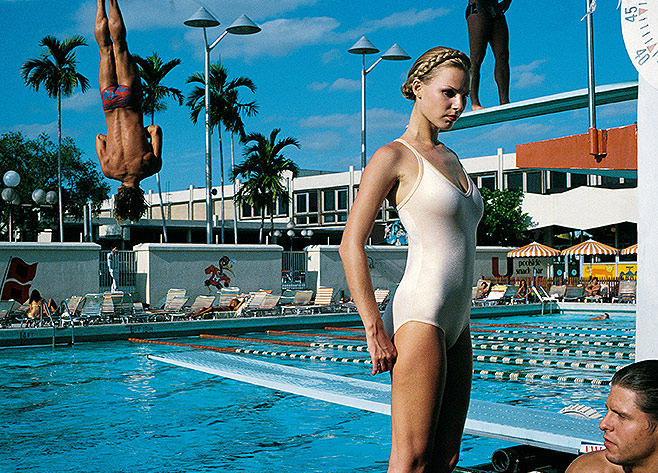 Helmut Newton was a master though controversial photographer whose provocative and unconventional images of women elevated him to cult status and changed the course of fashion photography for years to come. His life and legacy is explored in a wonderful new documentary:  Helmet Newton: The Bad and The Beautiful now available to stream via the Laemmle Theaters website.

The film is narrated by his wife June Newton, also a brilliant photographer, and features enlightening and insightful commentary by his models and other notables including: Isabella Rossellini, Grace Jones, Charlotte Rampling, Claudia Schiffer and Sigourney Weaver.  I found the stories by former Vogue editor Anna Wintour particularly interesting as she let Newton control many of his landmark photo spreads in the magazine – including Bulgari jewels shown on bloody hands or designer shoes on a raw chicken! He saw the female form as artistic and powerful – filled with attitude. He always began each session with a story or idea in mind that would be realized through his works. He often said the camera protected him from difficult situations which have begun when his family fled Germany in 1938.

Throughout his career his work was the subject of debate – were his images subversive and sexual or were they empowering and truthful? The documentary provides insight into the man and his artform using the interviews, home movies, archival footage, and iconic photographs